Share a memory
Obituary & Services
Tribute Wall
Read more about the life story of William "Bill" and share your memory.

Bill Ripperger age 82, of Norwalk and Chariton, Iowa passed away at the Mercy Medical Center in Des Moines, Iowa on January 18, 2023.

Bill was born on March 27, 1940 in Chariton, Iowa, the son of Osmond Michael and Mary Margaret (Callahan) Ripperger.  He was raised in the Melrose, Iowa area and graduated from Melrose High School.  Bill was united in marriage to Barbara Kelley on July 2, 1960, she preceded him in death on December 8, 2006.  He later married Susan Thies on March 20, 2012.  Bill worked at various jobs before beginning a career as a truck driver with Hy-Vee which spanned over 40 years.  He was one of the first drivers with the company to obtain the rank of a “Million-Mile Driver” and was given a new Hy-Vee gold truck to drive until his retirement.  Bill loved to participate in truck pulls and traveled many miles to compete.  He enjoyed restoring antique cars and was an avid collector of many different items.   Bill was a devoted Iowa Hawkeyes fan but his greatest joy came from being with his wife, children and grandchildren and attending their activities.  He was baptized at St. Patrick’s Catholic Church in Melrose and was a member of Sacred Heart Catholic Church in Chariton.

Mass of Christian burial will be held on Monday, January 23, 2023, at 10:00 am at the Sacred Heart Catholic Church in Chariton, Iowa with Father Samuel Danso, Father Bernard Weir and Pastor Robyn Bles officiating.  Burial will follow at the Calvary Cemetery in Chariton.  Visitation will be held on Sunday, January 22, 2023, at the Fielding Funeral Home in Chariton from 12:00 noon until 7:00 PM with the family receiving friends from 3:00 PM – 7:00 PM.  A  Scripture service will be held at 6:00 PM at the funeral Home.

To send flowers to the family or plant a tree in memory of William "Bill" Edward Ripperger, please visit our floral store. 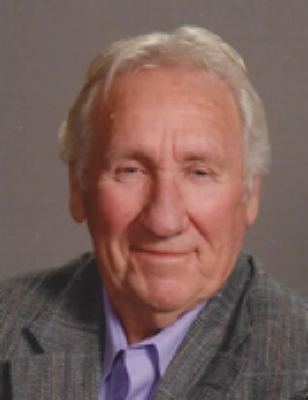