Share a memory
Obituary & Services
Tribute Wall
Read more about the life story of Maxine and share your memory.

On Friday, September 2, 2022, our beloved wife, mother, and grandmother passed away at the age of 99.

Maxine Mae Rathe Jungbluth was born March 24, 1923, in Fremont, Nebraska to Emil and Gertrude Rathe. After graduating from Fremont High School, she went to work as a telephone operator during the war years.

She met Robert Paul Jungbluth after his discharge from the US Air Force and they were married on November 19, 1944, in Blair, Nebraska where they started a family. They then moved to Denver, Colorado where Maxine was a stay-at-home mom to their five children. In 1959 she moved to Des Moines, Iowa with Robert for his job at the Veterans Administration.

After her children were grown, she returned to school. She attended and graduated from Grand View University with an AA in Art.  In 1977, Robert and Maxine retired and moved to Promise City, Iowa to a forty-acre farm. In 1980, Robert passed away. At the time Maxine was encouraged to sell and move back into town.  She was very stubborn and said, “No, this is my home, and this is where I want to stay.”

She created a studio in their new home where she began drawing and painting, she was a very talented artist.   When she grew tired of a “hobby” she would start another one.  Nothing was half-hearted and always tackled head on so she could learn everything about it.  She than became an avid photographer with her own photo lab to develop her own pictures.  Several years later she became the owner of “Maggie's Dolls” where she made and sold porcelain dolls and handmade doll clothes.

She lived there for another 37 years. In September 2014 she moved to Osceola, Iowa at the age of 91.

She was proceeded in death by her parents Emil and Gertrude Rathe, husband Robert Jungbluth Sr, son-in-law Steve Bates.

To send flowers to the family or plant a tree in memory of Maxine Mae Jungbluth, please visit our floral store. 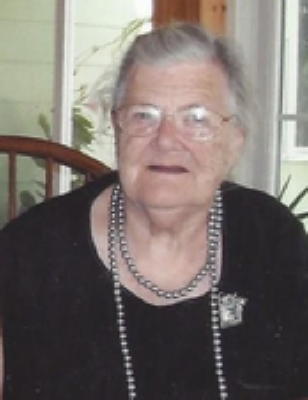