Share a memory
Obituary & Services
Tribute Wall
Read more about the life story of Max and share your memory.

On October 29, 1944, Max was united in marriage to Gwen (Allard) Arnold at the First Baptist Church in Russell, Iowa.  They lived on a farm south of Chariton, Iowa. To this union three children were born, Larry, Dwayne and Joyce.  He lived on their farm for 72 years.  On January 15, 2013, Max  lost the love of life Gwen.

Max was a member of the First Baptist Church, member of the Lucas County Cattlemen’s.  He received the outstanding Cattleman’s award.  He was also a member of the Lucas County Farm Bureau and received the farmer of the year award.  Max was always a farmer at heart, but still found time to co-own and operate Arnold Bros Inc. from 1953 to 1983.  Arnold Bros Inc took care all of the farmer’s needs like a lumberyard, feed mill, fertilizer and a grain storage.  Max loved flying from an early age and was always ready to get the plane out of the hanger and go fly. Even to the very end he loved telling about his flying trips across the United States and locally.

He was preceded in death by his parents Emery and Elfa Arnold, his brother Dean Arnold, his sisters, Lois Besco Arnold, Maxine Wolfe Arnold and granddaughter, Stacy Halferty.

Memorials may be directed at the First Baptist Church in Chariton, Iowa. On line condolence may be left at www.fieldingfuneralhome,com.

To send flowers to the family or plant a tree in memory of Max Arnold, please visit our floral store. 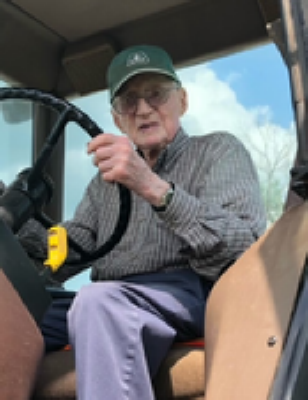