Share a memory
Obituary & Services
Tribute Wall
Read more about the life story of Hazel and share your memory.

Hazel attended country school until 6th grade, then Russell Community School, graduating from high school in 1947. Hazel continued to keep in contact with all of her classmates throughout her life.

Hazel was baptized April 20, 1941, at Faith United Methodist Church and became a member January 28, 1942. Hazel was a Sunday School teacher and helped with Bible school.  She enjoyed helping with church activities, including the dinners.

She married William Dwaine Clanin March 8, 1951, at Reverend Archie Beals’ home in Russell. Arlene Ellis and Lowell Sims were there to witness the occasion.

Dwaine joined the army and was stationed in Colorado and Hazel spent several months there with him until he was sent to Germany. She then lived with her mother, Maudie Smith in Russell, at which time their first daughter, Nadene was born. When Dwaine was discharged from the army Dwaine, Hazel and Nadene moved out to the Clanin farm with his mother. Later they bought the farm, and three more daughters, Brenda, Lesa and Cristi were added to the family. A lot of time was spent with family for reunions, holiday celebrations, and making homemade ice cream.

Hazel enjoyed 4-H activities with Nadene and Brenda. She was a leader and Neighborhood Chairman in Girl Scouts with Lesa and Cristi.

She was a long-time member of American Legion Auxiliary and held offices in unit and county. She served as an election volunteer.

Hazel loved playing cards throughout the years with family and friends. She loved the friendly games and banter, especially when she won! Hazel never missed a chance to go out to lunch. She loved lunches with friends, family members, and her special ladies.

Hazel loved living in the country and raising her family there. Family was her greatest joy. She enjoyed baking and cooking for the family. She was well-known for her pies. She maintained four gardens for many years, canning vegetables and meat to help to provide for the family, as she was a stay-at-home mom, which was much appreciated by her daughters. Hazel looked forward to family time together.

To send flowers to the family or plant a tree in memory of Hazel Marie Clanin, please visit our floral store. 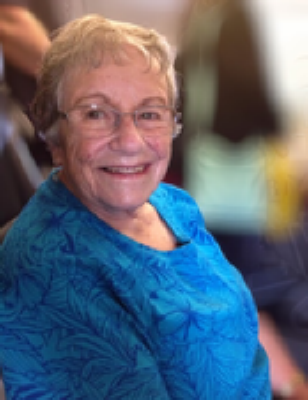